For the use cases of the second semester, we are looking forward to have more precise data.

One big aspect we see for a successful game is the right atmosphere. For that part we do not only focus on design and game mechanics. The atmosphere is also created by sounds. As we have a team member who already has some experience in composing, we decided to make our own soundtrack. Therefore the Software FL Studio was used. After some experiments we now have a result which we call the main theme. This title music will be played in the main menu of the application. That should give the user a good first impression when the game is just started. When there is time left, we will extend our soundtrack to have diversified music also in the background of the game.

As we are developing a tower defense game, where tanks are moving around and towers are firering on them, the music has to create a dark atmosphere. But a good soundtrack also includes some kind of epic melody which pushes the player to focus and continue. Music and the corresponding effect on humans is a lot of science but it surely can help to create an emotional connection to the players.

FL Studio is a professional software for composers and offers almost unlimited possibilities for every kind of music. As we already owned this software, we tried to simulate the moving tanks by using some string instruments with low undertones. By overlaying the melodies we get some nice chords out of it, that may create kind of an epic feeling. The following picture shows an overview from the soundtrack in FL Studio. There you can see all melodies from the different instruments and also filters for regulating the volume. The second picture shows the notes of our main melody, which joins in the middle of the sundtrack. 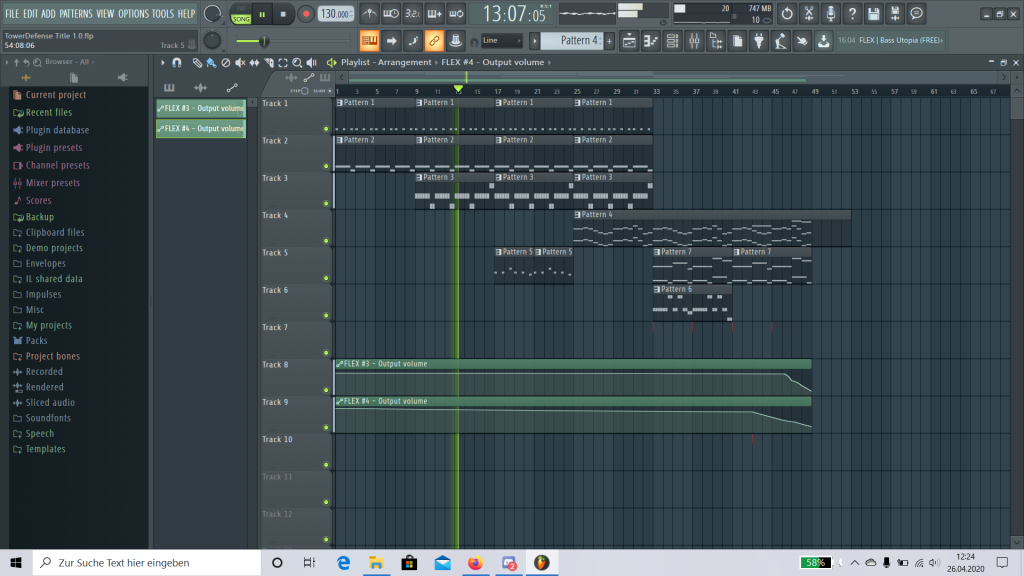 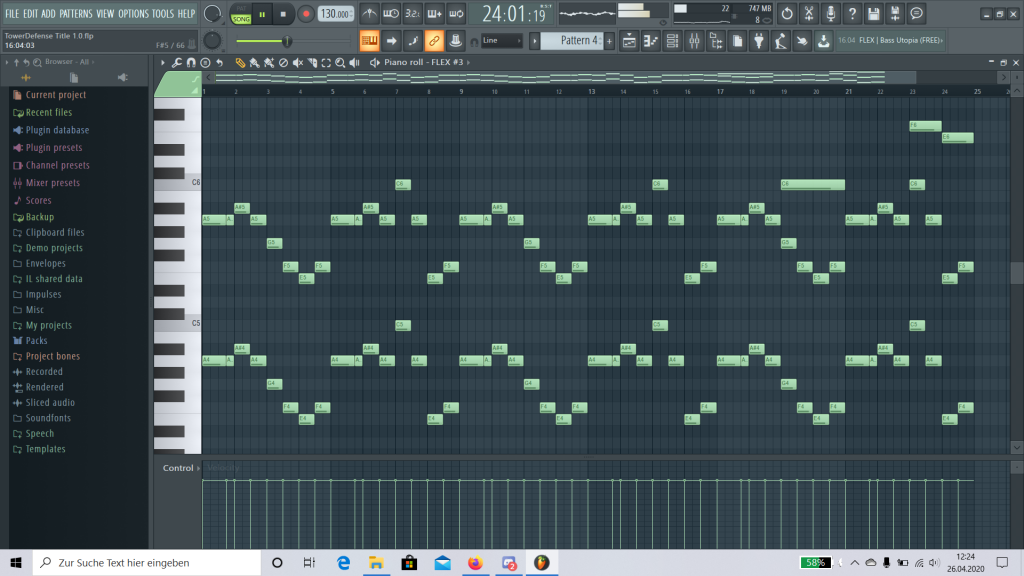