This time, we want to present our class diagram of our current project.

Because Android Studio does not have any tool which generates a class diagram itself, we had to search for an external tool or at least a tool which is integrable into Android Studio. Eventually, there is a tool called "Sketch It!" which should provide a class diagram generation functionality with the use of "plantuml" (also an Android Studio plugin which provides a view in which the diagram will be displayed) and "GraphViz" (which models the whole diagram).

As we simply generated our class diagram clicking on a button, the following result appeared: 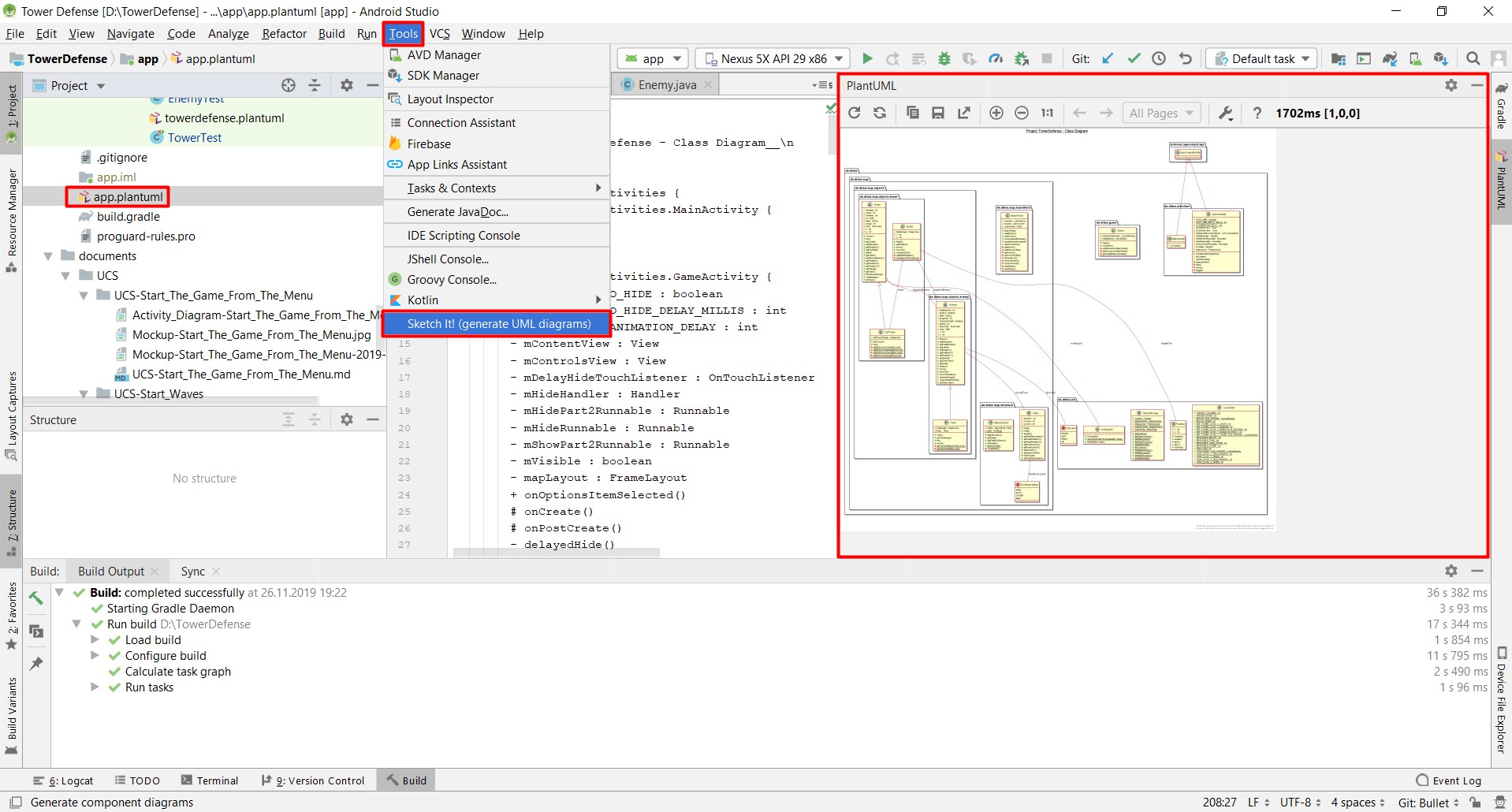 Obviously, this is not the result which we did expect. Because of that, we had to adjust the whole generated class-diagram file, which took about one more hour. Finally, we managed to get a result as following: 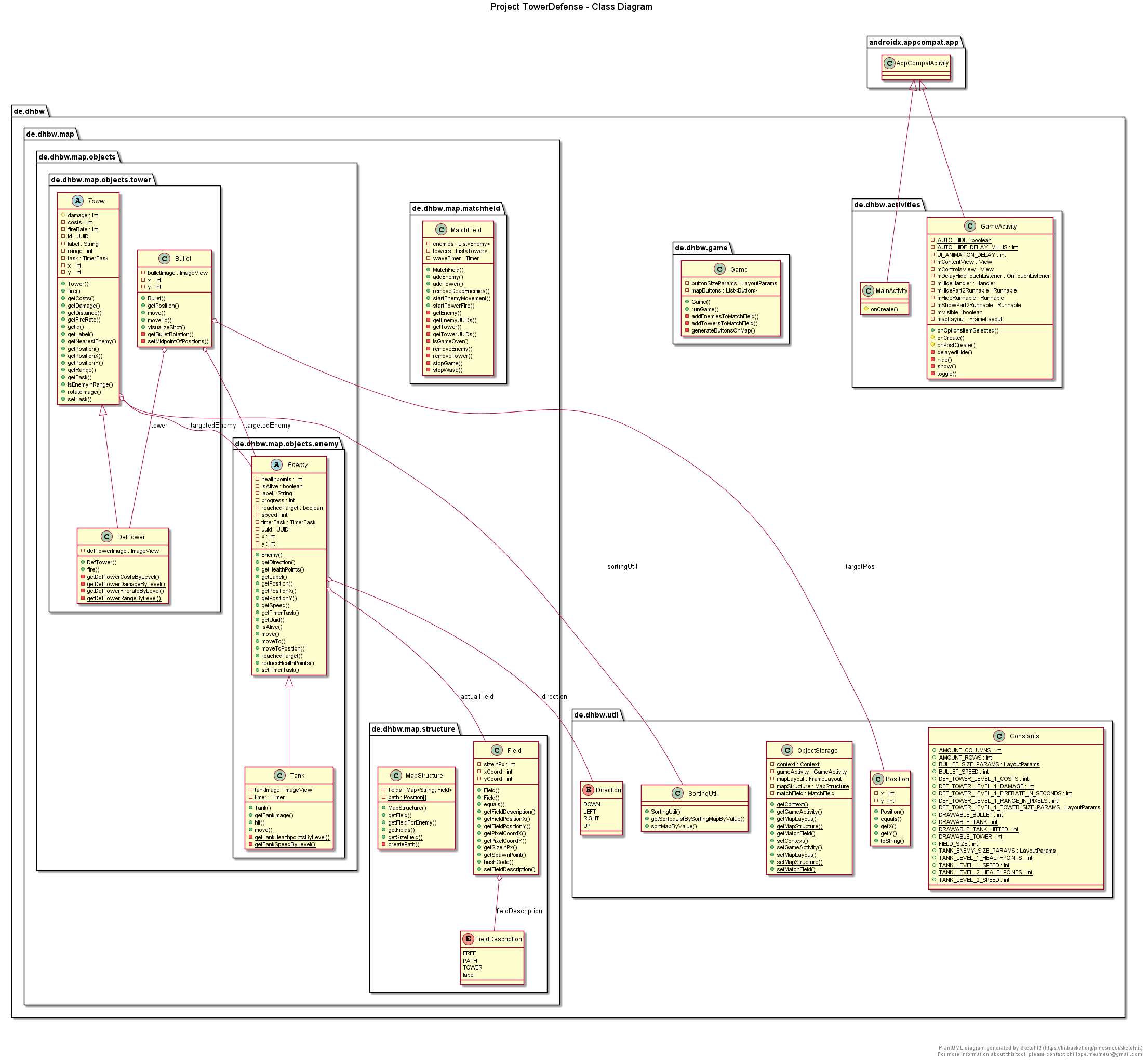 Concluding, we are really happy with our adjusted version of the class diagram. It clearly shows the scope and the dependencies of our classes.

If anyone has the same problem generating the class diagram out of Android Studio using the mentioned tools, fell free to contact us.

Our team is really happy to be able to present a big progress since the last update on the blog.

On the one hand, three designs have been created: tank, tower & map-background.

On the other hand, some animation-functionalities have been added:

The bullets are not self-designed yet.
Until now, a tank got instantly hitted when a tower performed its "fire"-method. With the new bullet functionality, a tower is able to transfer its information (e.g. target position, damage, ...) onto a bullet which gets fired after transferring the information. After that, the bullet calculates the path to its target and moves into the target-direction. Only once the bullet reached its target, the tank is damaged, which improves the logical game-mechanism.

Moreover, our team achieved a strucutre which allows us to assign specific level-parameters to tanks and towers, which will be important for the future.

Here is a first impression of our current game-prototype:

As always, we will keep you updated on our progress within the next weeks as well!